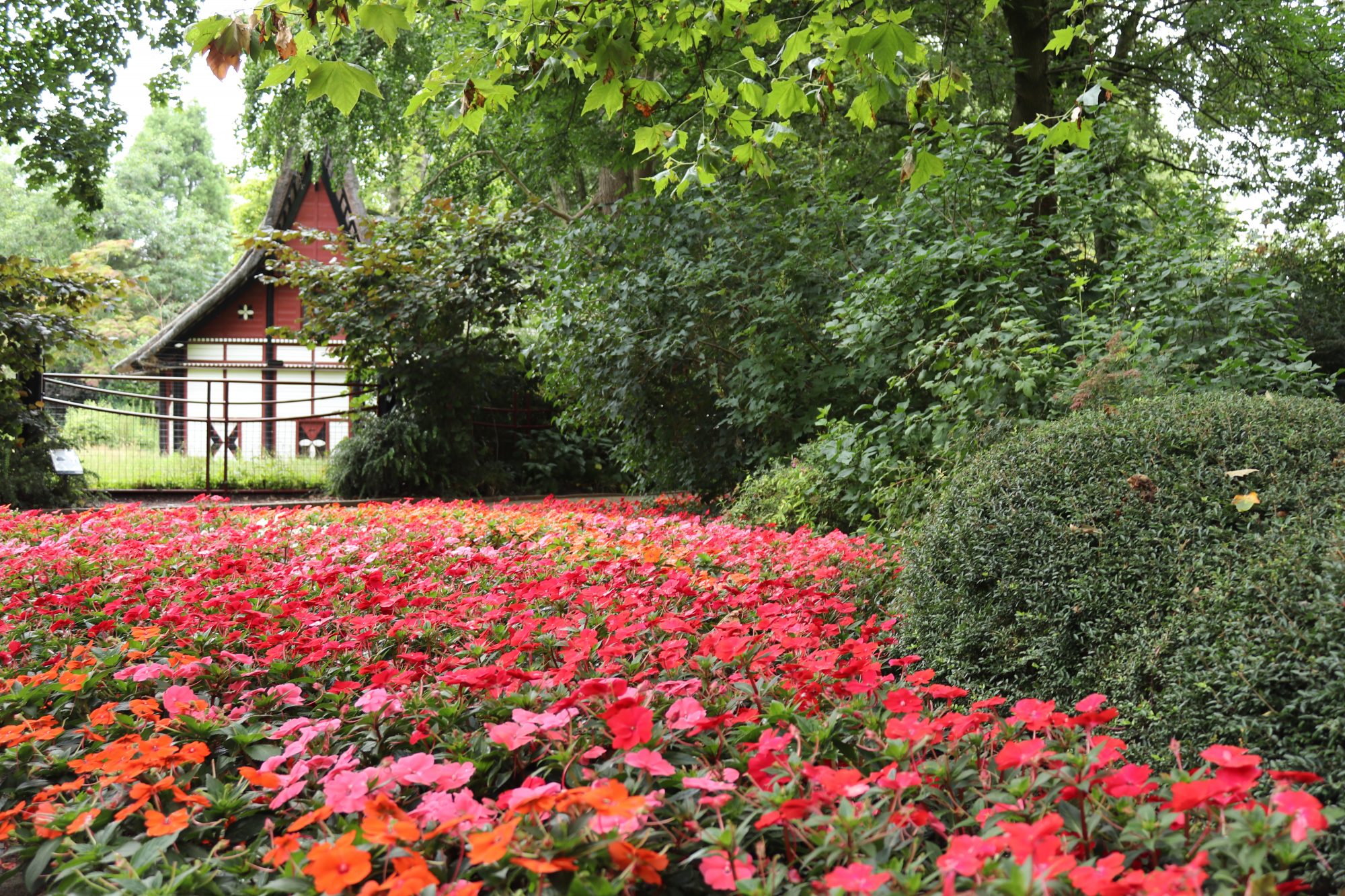 Visitors to ARTIS Zoo in Amsterdam this year will once again be amazed by a colourful sea of SunPatiens®. In the park, between the Indonesian ‘Minangkabause’ house and the Anoa pen (the small but surprisingly fierce dwarf buffalo), a mass of colourful flowers is a delight for the eye.

This colourful Indonesian corner in ARTIS is symbolic for Sakata’s ‘Giving back to Nature’ project. The unique hybrid Impatiens SunPatiens® makes its own special contribution to the maintenance of biodoversity in Indonesia, and since last year also a small contribution in ARTIS.  SunPatiens® has been giving back to nature since 2006, when the breeder Sakata Seed Corporation signed an agreement with Indonesia (IAARD) for access to the native plants that are a unique component in SunPatiens®

The agreement made with Indonesia was a precursor to the current Nagoya Protocol. This protocol defines rights and obligations for the signatory countries in reference to access and use of local genetic sources. As a result, for every SunPatiens® plant sold a payment flows back to Indonesia, destined for local research in the maintenance and development of biodiversity.

Within the frame of this agreement and the ‘Giving back to Nature’ concept, SAKATA supports ARTIS with the adoption of the Anoa and the Minangkabause house, both of which have their origins in Indonesia. In addition to the options, Sakata sponsors the sea of flowering SunPatiens® in the park, and this year also the recently introduced Begonia Viking™ Red on Chocolate.

A little further on up the path towards the Giraffe house, the Begonia Vikings steal the show! This new hybrid Begonia performs well in all weather conditions, is fast growing and a real eye-catcher with her large, deep red flowers and dark chocolate flowers.

In 2018 SunPatiens® made their debut in Amsterdam’s botanical hotspot. Their success was clear from the number of visitors who stopped along the path to admire the colourful show of SunPatiens®. This year there is a clear focus on the botanical areas in the park, with more colourful flowers and plants on show in ARTIS than ever before! A bright and tasty extra for the zoo’s inhabitants, the ultimate consumers of the flowers.

Decide which cookies you want to allow. You can change these settings at any time. However, this can result in some functions no longer being available. For information on deleting the cookies, please consult your browser’s help function. Learn more about the cookies we use.

With the slider, you can enable or disable different types of cookies: